What is the difference between cannabis and hemp?

Both come from the same plant, cannabis sativa, but hemp is bred to have a lower concentration of THC, the compound with intoxicating capability. On the other hand, marijuana is designed to have a high THC content. Only hemp-derived CBD is federally legal because it contains less than .03% of THC and is not intoxicating.
Reference Article

What is the endocannabinoid system and why is it important?

The endocannabinoid system (ECS) plays a critical role in creating homeostasis in the body. The body’s ability to adapt to changes and maintain homeostasis has a huge impact on one’s health. If a body is out of balance, it can lead to serious complications like stroke, obesity, Alzheimer’s, and cancer. The ECS modulates the function of the brain and the central nervous, endocrine and immune systems, among others. It controls many metabolic functions such as energy storage, nutrient transport, memory, metabolism, and more. It is through this system of receptors and enzymes that cannabinoids interact with the body to positively affect one’s health.

How are the major cannabinoids different?

CBD: CBD boasts the most research-supported indications of any of the known cannabinoids. This cannabinoid is not intoxicating and is legal in most states thanks to the recent Hemp Act of 2018 that legalized all CBD products containing less than 0.3% THC. CBD has a wide range of research-supported uses to alleviate pain, anxiety, inflammation, infections, and reduce irritable bowel symptoms and arthritis. It also has neuroprotective qualities and can be used as an anticonvulsant. CBD may also decrease the efficacy of THC and may be useful for improving unpleasant symptoms in the case of accidental over-ingestion. To ensure you are getting the best quality CBD, be sure it meets our FLOW criteria for the best possible health outcomes: 1) Flower-derived, 2) Lab tested, 3) Organic and 4) Whole Plant.

CBDa: CBDa is the raw form of CBD and is also not psychoactive. Research indicates it could potentially be beneficial for improving nausea, inflammation, and breast cancer.

THC: The most controversial of cannabinoids, and as of this writing, is still federally designated as a Schedule 1 substance (despite meeting none of the three criteria for schedule one placement). Despite its reputation, THC also has research-supported therapeutic applications and may improve PTSD, cancer, HIV/AIDS, Autism, Parkinson’s and Alzheimer’s Disease.

THCa: THCa is the raw form of THC. THCa in its raw form is not intoxicating, and research supports its potent anti-inflammatory effect.

CBG: CBG is derived from CBGa, the stem cell cannabinoid from which all of the 140+ other cannabinoids evolve. Research has shown CBG, a non-psychoactive cannabinoid, has anti-inflammatory, antioxidant, and neuroprotective properties. It is also effective in targeting infections and gastrointestinal issues (IBS, Crohn’s). CBG is one of the most expensive cannabinoids to produce because it requires so much bio-mass to produce. CBG can have a stimulating/energizing effect so it is best to take earlier in the day if sensitive to stimulants like caffeine.

CBN: CBN occurs from degradation or breakdown of THC but is not psychoactive. It tends to be costly since it’s been difficult to reliably source. CBN is sedative, and as such, research supports its use for sleep disorders or insomnia.

What are flavonoids and why are they important?

Flavonoids are phytonutrients and are responsible for providing the non-green colors we see in plant life. These also contribute to the taste and smell of edible fruits, veggies, and herbs. Flavonoids offer a range of therapeutic benefits, including potent antioxidant benefits. Cannabis contains its own exclusive flavonoids, called cannaflavins, which research supports as having potent anti-inflammatory effects.
Reference Article

What are terpenes and why are they important?

Terpenes are the aromatic plant compounds that give cannabis strains their distinct “smells.” Research on terpenes has revealed they offer medicinal benefits and often enhance or elevate the cannabis effects. We don’t suggest experimenting with straight terpenes. This option requires the help of a trained professional since the therapeutic vs toxic doses vary greatly. Here’s an informative article on the subject of cannabis terpenes: Reference Article

Terpenes are also how we classify a cannabis strain as indica or sativa, common terms used in our industry to describe the overall effect as sedative vs energizing. Indica strains tend to provide deep body relaxation and are ideal for nighttime use. Sativa strains are more energizing and are therefore better suited to daytime use.

What kind of processing produces the purest and most effective CBD?

Verdania Field’s CBD is extracted using organic food-grade ethanol extraction (organic sugar cane) to preserve the integrity of the multitude of beneficial compounds the cannabis plant has to offer. Other extraction methods result in products that are not as effective in dealing health and wellness issues and can include the risk of leaving toxic solvents behind. CO2 extraction is not optimal because many beneficial plant compounds are removed during the concentration process to net a dozen or so compounds in the final product. Our process preserves the most possible cannabinoids, terpenes, flavonoids, phytonutrients, and fatty acids, providing the synergy known as the “Entourage Effect”.
Reference Article

What is the difference between CBD that comes from the flower and industrial hemp?

The most potent spectrum of cannabinoids and synergistic components is found in formulations derived from cannabis flowers. Since industrial hemp is sparse in flowers, often producers source oil from less optimal parts of the industrial hemp plant, such as the stalks and stems. While industrial hemp has many applicable uses, including textiles, bioaccumulation (cleans soil), and building materials like Hempcrete, when it comes to medicinal potency, industrial hemp leaves a lot to be desired (9).

What is the difference between isolate, broad spectrum and full spectrum CBD?

There are three types of CBD—isolate, broad-spectrum, and full spectrum. These terms are often confused. An isolate only contains CBD and no other compounds. The belief is that this form is less effective due to the lack of complementary compounds. Broad-spectrum doesn’t contain THC but does contain a number of the other elements found in the cannabis plant. Full-spectrum CBD contains trace amounts of THC (less than .03%) and is believed to be the most effective form of CBD because the THC enhances the medicinal properties of the plant’s other compounds without any intoxicating effects. Verdania Fields contains full-spectrum CBD and preserves the most beneficial compounds.

Do I need to worry about interaction with other medicines I’m taking?

CBD may interact with pharmaceutical medications.  It’s important to know how your medications may be affected by CBD, and how to space those that interact to ensure safe and effective CBD use. If you’re taking pharmaceuticals, it’s important to seek review from a knowledgeable medical professional before taking CBD. You may even find asking our own Nurse Betty may help you understand CBD more.

Login to Verdania Fields
Reset Password
Enter the username or e-mail you used in your profile. A password reset link will be sent to you by email. 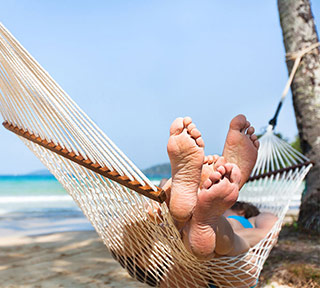 ENTER YOUR EMAIL TO GET